From Kpop to Street Food: Essential Stops in Busan

Considering a visit to the largest port in South Korea? Here is a list of must-see places and experiences based on my time living in Busan.

Are you riding the Hallyu wave? At the end of October, idols perform at the Busan One Asia Festival (BOF) for nine consecutive days. The biggest events are the opening and closing ceremonies, but the festival also includes exhibitions, park concerts and fan meetings. Last year, participating groups included: EXO, Wanna One, SEVENTEEN, NCT 127, and Red Velvet. 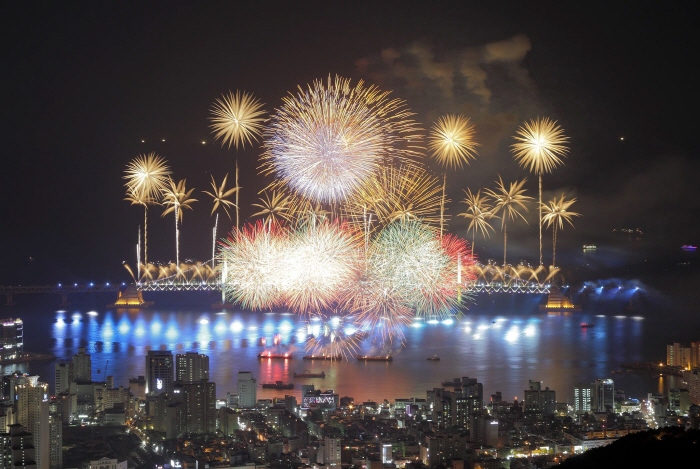 During the month of October, spectacular firework and laser displays are released along Gwangalli Beach. Notably, the festival attracts huge crowds. Be prepared to arrive early in order to claim a spot on the beach! 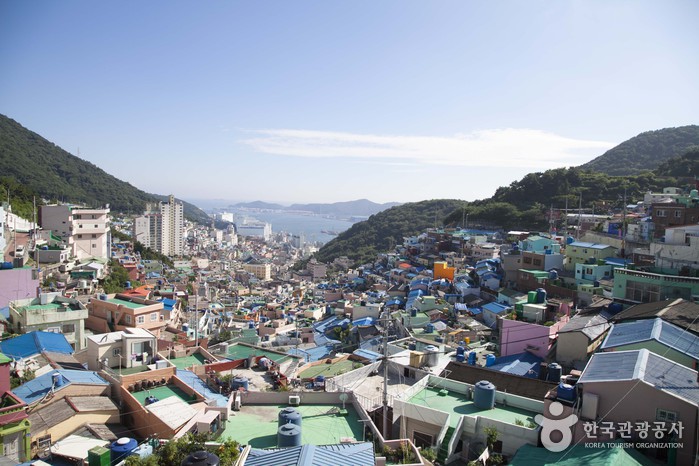 There is no shortage of activities in the famous Gamcheon Culture Village, oftentimes referred to as the ?Machu Picchu? of Korea for its brilliantly colored Lego-like buildings.

As you venture through alleyways decorated with street art alongside houses and businesses, there are plenty of opportunities for pictures!

Want to traverse the streets of Gamcheon in style? There are many shops around the entrance that rent Hanboks, traditional Korean dress for formal occasions.

While visiting, give hotteok, a sweet Korean pancake, a try! There is no shortage of stalls selling these traditional snacks. 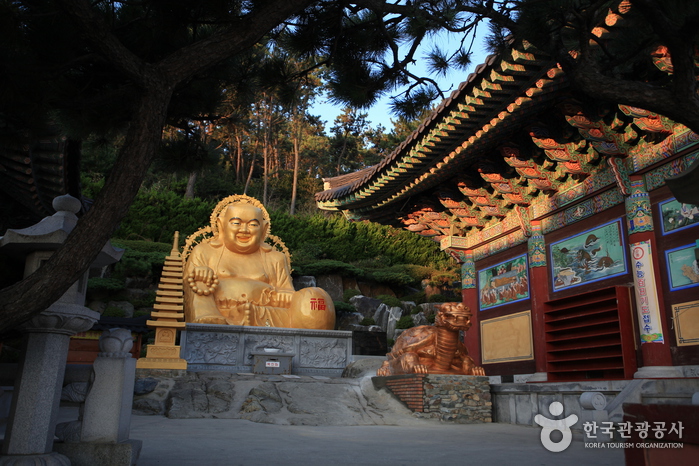 A statue of Buddha in the Haedong Yonggungsa Temple. (Image Courtesy of the Korea Tourism Organization)

Unlike most Buddhist temples in Korea, this structure rests atop the shore line, rather than within the mountains. It is a scared place with intricate architecture and a breathtaking view of the ocean. 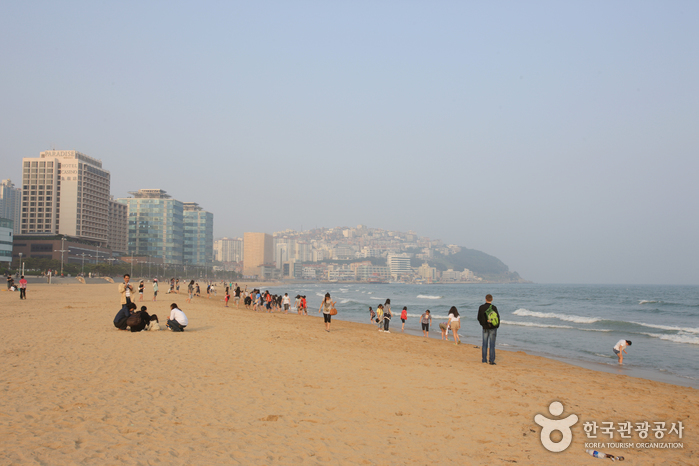 A shot along the coast of Haeundae Beach. (Image Courtesy of the Korea Tourism Organization)

Arguably the most famous beach in Busan, the area attracts many tourists. Haeundae is also considered the ?newer? part of Busan, with some of the newest shops and luxury apartment buildings.

Located along the beach, this aquarium takes advantage of the nearby sea water to reduce environmental impact of trucking living water for inhabitants? exhibits. Apparently, the aquarium also contains the longest glass tunnel in Asia.

Not far from the beach, Shinsegae Department Store is registered as the largest shopping complex in the world by the Guinness World Records. The complex can quickly become a maze, housing both an ice rink and spa! 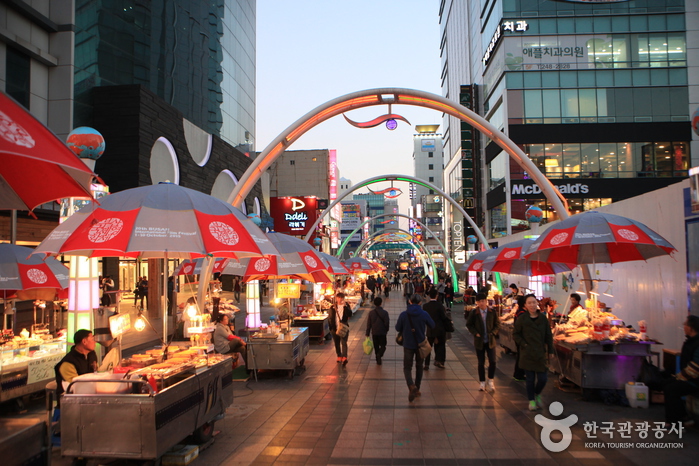 In its broadest sense, this major commercial and shopping area is lined with shops or department stores, restaurants, cafes, and markets specialized in imported goods and street food.

Named for its annual film festival, BIFF Square is akin to the Hollywood Walk of Fame in the United States. The handprints of famous movie celebrities are imprinted into the walkway, which serves as the main venue for the Busan International Film Festival. Additionally, the square is considered a hot spot for street food.

In the dark of the night, food stands local to this historically, so-called ?tin can? market emerge. Among a multitude of street food options, Bupyeong (Kkangtong) Market is also known for its bustling and exotic ?night life? scenery.

As the symbol of Busan, this tower proudly resides in Yongdusan Park, overlooking the city. It offers a panoramic view of Busan, with window markers to designate specific attractions visible from the tower.